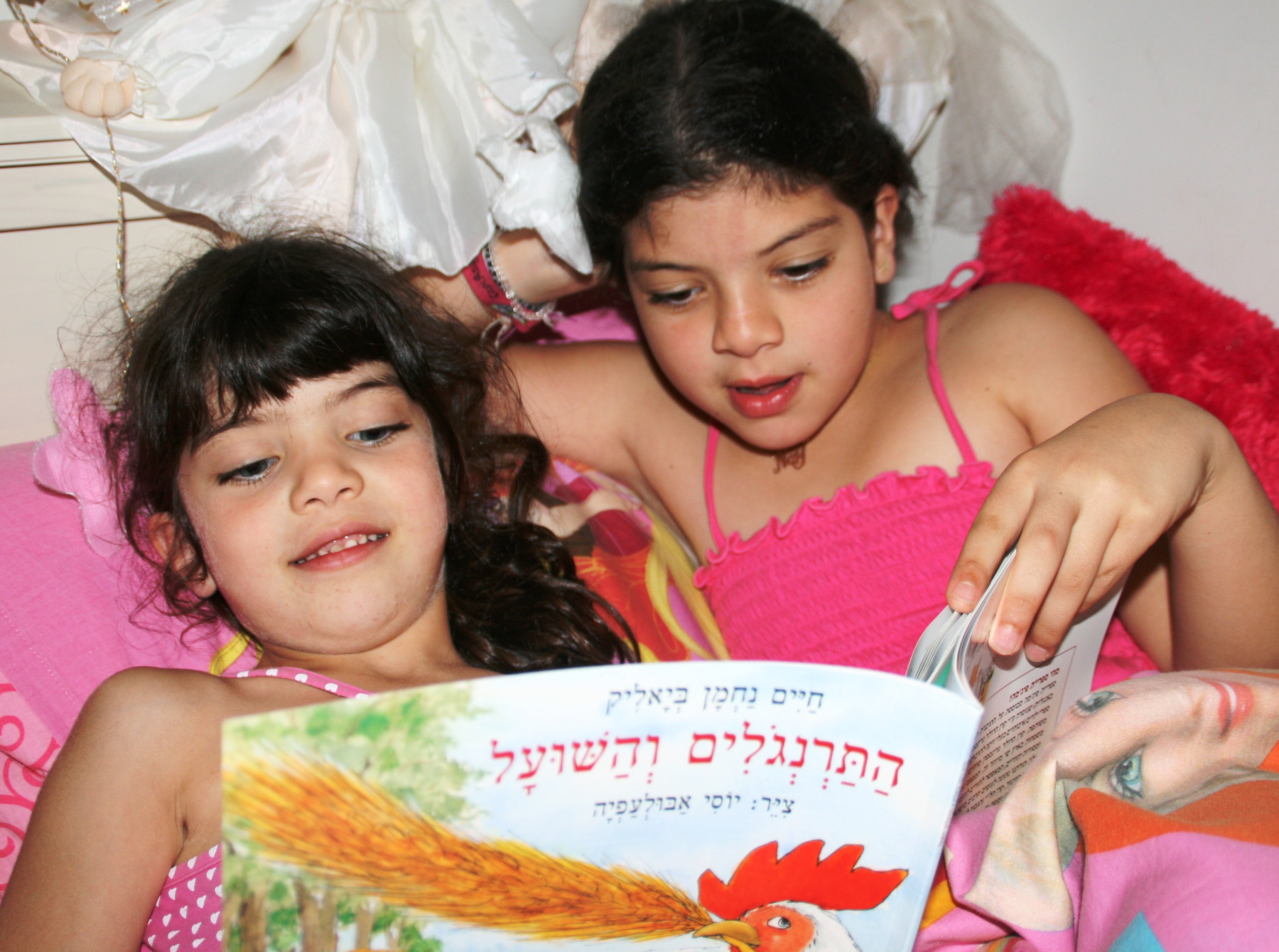 Everyone talks about Israel’s great divide – that tension between the religious sector and the secular one. As Hebrew Book Week draws to a close, tomorrow night, it seems fitting to ask what the publishing world might do to help bridge this gap. Or, one wonders, is it in fact contributing to the problem? Are publishers perhaps ignoring the needs of families who fall between the two ends of the spectrum – that large swathe of Israeli Jews who are interested in their heritage, care about Jewish holidays, but may not identify themselves as religious? What are they doing to face the challenge of integrating themes and values that can be shared across the divide?As the director of a pre-literacy program that works with the Education Ministry to distribute hundreds of thousands of books to preschool children at no cost, I know that there are lots of wonderful, high-quality Hebrew books for children on the market. However, it has also become increasingly evident to me that the number of titles that enrich children’s appreciation of their Jewish heritage in a joyous, noncoercive way is very limited. And, if we are hard-pressed to find such books, it is likely that parents are too.The discovery that Israel’s children’s book market offers so few books based on Jewish heritage is surprising, especially in light of the Talmudic concept known as “girsa d’yankuta la miskakha” – what is ingested at a young age, stays with us. By promoting early-childhood books based on Jewish stories that can inculcate wisdom and values in an entertaining and personal way, it is possible to tie children to their heritage in a way that will sustain them all their lives and give them treasures that will remain part of their earliest memories.

And yet, Israeli stories for preschool children based on the rich tapestry of Jewish folktales, or the personal experience of immigrants, or the intriguing legends of the sages – written in ways that could resonate with Jews across the spectrum of belief and observance – are hard to come by. For example, in English, there are at least five picture-book versions of the traditional Jewish tale of the poor man whose house is unbearably crowded with children and who is advised by his rabbi to stuff his goat and other animals into the house, so that when he eventually takes the animals out, his home suddenly seems spacious. There is not even one version of this most Jewish of tales in print for children in Hebrew. Why? The books that are available here with Jewish themes that appeal to a broad audience are often translations of American books, and have a strong sense of the galut about them. We can only wonder how such stories would be treated by contemporary Israeli authors; what magic they could muster if they were encouraged to take on these topics and themes. Publishers need to consider whether both their own commercial interests and the interest of the public might be served by making a more concerted effort to fill this literary gap.

To be fair, recently a few early books by local authors have been put back into the marketplace that do speak to Jewish/Zionist heritage and values. And there are a few welcome new titles. With an authentic indigenous flavor, they do what good literature should do: tell a great story, use language well, and open the mind and the heart. But these efforts are by no means enough.

In today’s technology-driven world, where children are increasingly bombarded by the messages emanating from their TV, computer and mobile screens, it has become a greater challenge for parents to transmit their beliefs and values to their children. The special encounter of parent and child with quality children’s books provides a great opportunity.

On a national level, the publication of quality books that can also help to foster a common Jewish heritage – one that allows children of different backgrounds to know and appreciate the same books – must be encouraged. Authors and publishers have an important role to play in helping the next generation understand who we are as a people and as a country. Let us hope they meet the challenge.

Galina Vromen is executive director of Keren Grinspoon Israel (an Israeli non-profit) and of Sifriyat Pijama, the Israeli version of the PJ Library (www.pjisrael.org). The two programs have together distributed some 2.5 million high-quality children’s books in America and Israel.