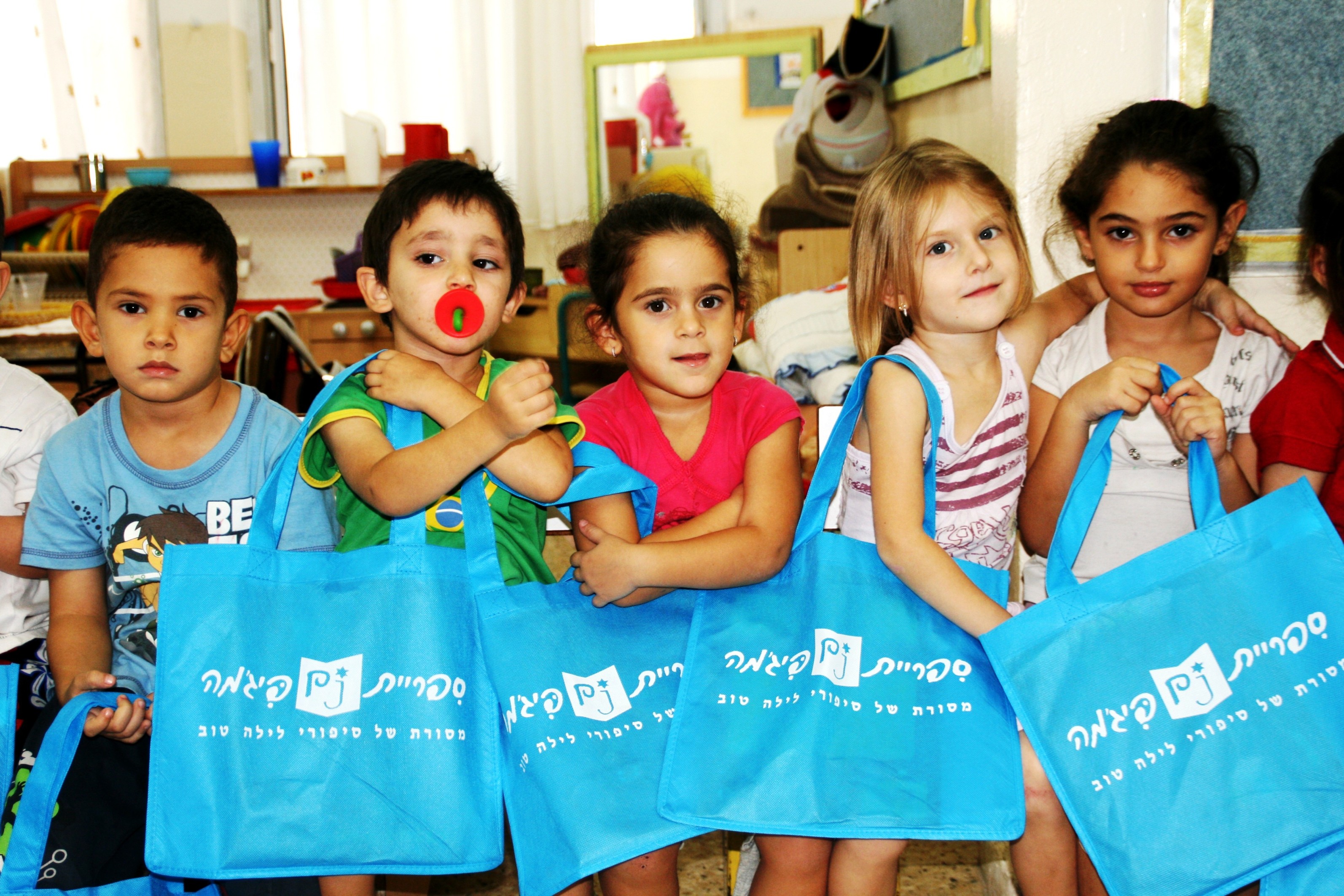 How do you teach Judaism to the Jews? According the Harold Grinspoon Foundation, it’s best done in one’s pajamas, and it’s best to start with the children.

Along those lines, the multi-million dollar Massachusetts-based philanthropic foundation, partnering with the Education Ministry, recently launched a new project aimed at teaching Judaism’s core values to thousands of Jewish preschoolers throughout Israel by distributing some 360,000 Hebrew children’s books for free.

“We’ve had some really great feedback already,” commented Galina Vromen, director of “Sifriyat Pijama” (Library in Pajamas) and the Israel representative of the Grinspoon foundation, which five years ago initiated a similar project, PJ Library – Jewish Bedtime Stories and Songs For Families – to great acclaim in the US.

“In Israel, kindergarten teachers are leading this project, and we have seen some really innovative ideas where they have the children come and read the books in their pajamas, or they have pajama parties with the parents,” explained Vromen.

The main goal of the project, tested last year as a pilot for some 3,000 pre-school children in the North and extended last month to 40,000 children in 1,500 kindergartens countrywide, is to promote early education literacy and teach children how Jewish values relate to universal issues.

“We look at Judaism as a value system and not so much as a religion,” said Vromen. “It could be what Judaism says about how to treat sick people, or how it approaches the issue of self-control.”

In addition to the Grinspoon Foundation and the Education Ministry, Sifriyat Pijama is also supported by The Israel Center for Libraries and some Partnership 2000 communities in the North. A number of local authorities too have contributed to the project, which has an annual budget of $1.25 million a year, with the ministry providing NIS 45 per child per year.

“In a short time we leapt from 3,000 children during the pilot phase to some 40,000 children who will take part in the program this year,” Vromen said, adding, “this project empowers parents with knowledge and tools to convey Jewish values and concepts to their children in a meaningful way.”

While the books selected for the program have a focus on core Jewish values, books by authors such as Meir Shalev and Leah Goldberg also place an emphasis on Hebrew literature, said Vromen.

Each book comes with two pages of recommendations for family discussion and engagement.

Kindergarten teachers are encouraged to organize activities and programs surrounding the themes of each book before sending them home with the children.

An evaluation of last year’s pilot program showed that 72 percent of the kindergartens conducted activities after reading the book and 11% held programs together with the parents.

Most of the teachers questioned in the evaluation said that Sifriyat Pijama increased reading of books to children, and that more than half the families parents read the books to their children at home.

“This is an effort to encourage reading in both the kindergarten and at home, with special emphasis on good literature and the promotion of values among pre-school children,” said Sima Haddad Ma Yafit, head of the preschool division in the Education Ministry.

She added that Sifriyat Pijama was one of the programs in our national project that is focusing on “The Year of the Hebrew Language.”