Andrea S. Arbel has joined the Harold Grinspoon Foundation after an 18 year chapter at the Jewish Agency for Israel, where as Director of the Partnership Unit, she was responsible for flagship programs such as Partnership2Gether and the Global School Twinning Network. Prior to that, she worked at the Jerusalem Center for Public Affairs, where she published several books including “Riding the Wave: The Jewish Agency’s Role in the Mass Aliyah of Soviet and Ethiopian Jewry to Israel”.  Raised in the U.S.A, Andrea has been living in Israel since 1986. Andrea and her husband reside on Moshav Kfar Uriyah and enjoy watching their three children spread their wings and fly.

Duby Rodman is the Operations Director of KGIs’ running programs. Duby is in charge over the logistics behind the books; From purchasing the books, storage through distribution, contracts and customer support. Duby is a lawyer by profession, with a M.A in Business Administration, both which he wields in his career as systems and projects manager for the third sector in Israel and abroad.

Eyal Margi is the CFO of Keren Grinspoon Israel. Eyal holds a BA in Economics and is a Certified Public Accountant from the Israeli CPA Board, with over 10 years of experience in the field. In recent years, Eyal has served as a portfolio manager at a leading CPA firm in Israel and specializes in auditing of public, private, non-profit organizations, local authorities and small businesses.
In the fall of 2019 he joined the management team of Keren Grinspoon Israel.

Inbal holds a BA in sociology from the University of Haifa and an MA in special education and learning disabilities from the Hebrew University in Jerusalem.
She is highly experienced in the diagnosis and treatment of children and adults with complex learning disabilities. Inbal joined Sifriyat Pijama in 2018. Previously, she lead development and innovation in teaching methods at the non-profit Time To Know, which specializes in computer aided learning in classrooms, and worked also in the development of digital educational content and educational apps for toddlers.

Hedva is the Director of Special Projects and public relations at Keren Grinspoon Israel. Her responsibilities include media relations, preparation of marketing materials, events production, book donations, connections with children’s theaters and storytellers, and more. 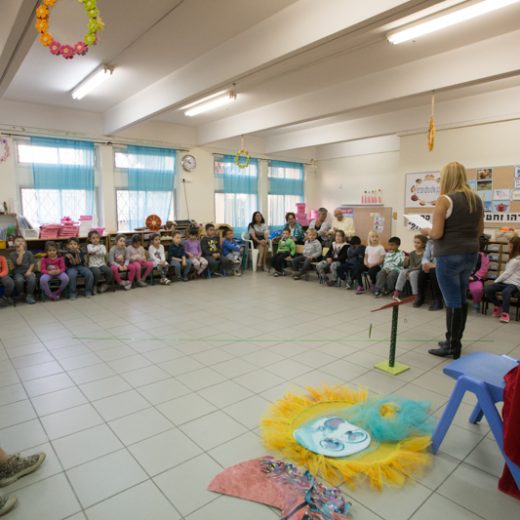