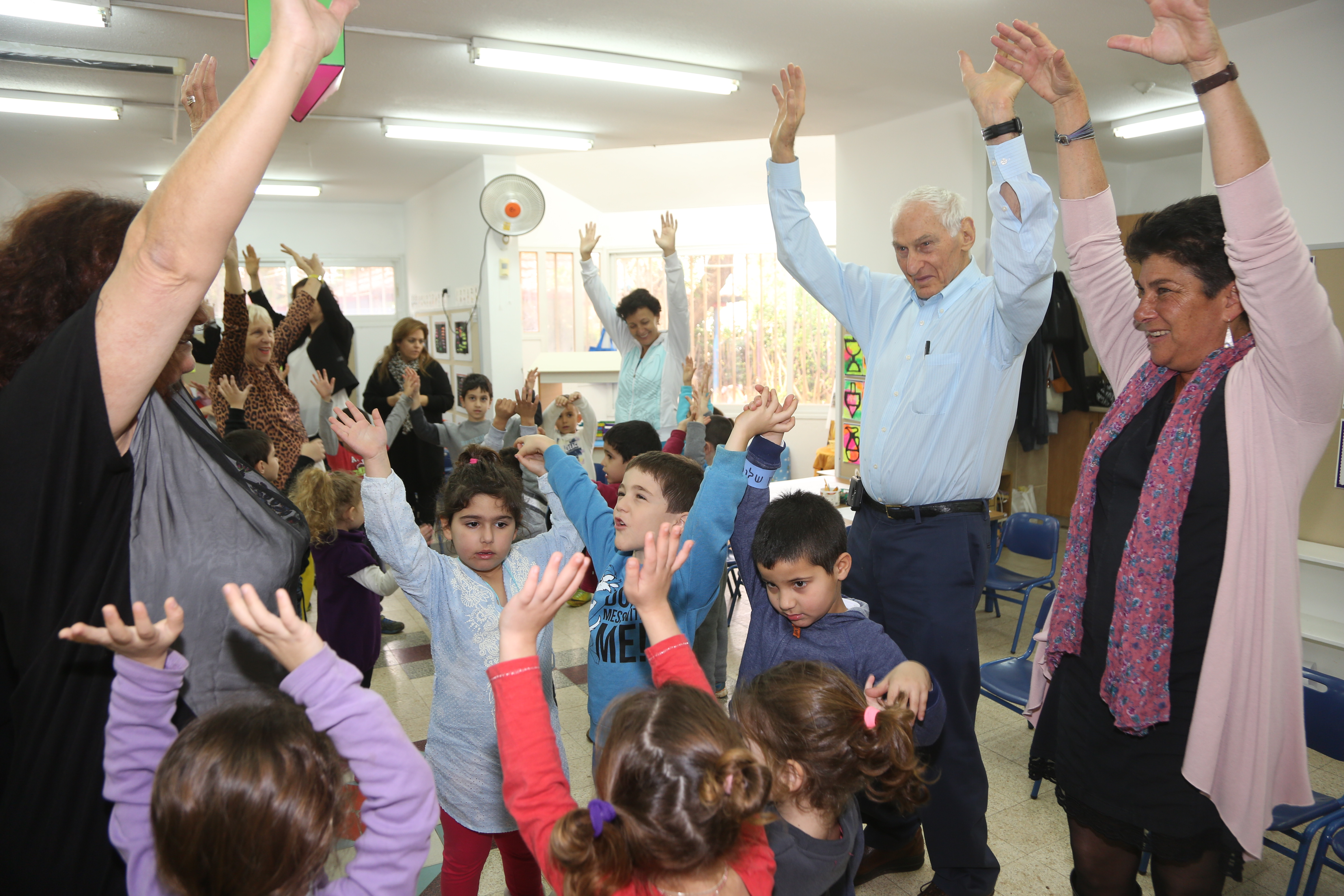 It’s a long, long way from Sevier County, Tennessee, where Dolly Parton was born, to the bedrooms of almost a quarter of a million Israeli kids, but they have her to thank for their monthly bedtime reading. The famous country-music singer grew up “dirt poor” – her farmer father reputedly paid the doctor who delivered her with a bag of oatmeal – and she never forgot her modest roots. Parton later started a program to gift books to American children at risk; Jewish businessman Harold Grinspoon was one of the donors.

Grinspoon, an American real-estate magnate, understood that many diaspora families make their choices about Jewish observance and ritual when their kids are very young. Will they light candles on Friday nights? Go to shul? Grinspoon, who is not religiously observant, believes passionately in community, and fostering Jewish identity. Through his involvement in the book gifting project he hit upon an idea. Jewish families, in the main, do not lack for books; Jewish books, however, especially those for children, are much less prevalent in many Jewish homes. In 2005 Grinspoon co-opted the “Dolly Parton Imagination Library” model and gifted 800 Jewish families with 11 Jewish-themed books and a CD over the course of a year. The books, including classics like “Mezuzzah on the Door,” and “Let’s Bake Challah”, were an instant hit; today 130,000 kids in the States and Canada are regular readers.

Enter Galina Vromen. In 2008 Vromen was in charge of Grinspoon’s Israel projects – his foundation, at that point, was donating 1 million dollars a year to education, health, music, women’s empowerment and youth projects, mainly in the Afula area. Vromen, who had lived in Israel and wanted to come back, approached her boss. “He said I could come here for six months,” she recalls, “and he told me to see about adapting the book program.”

Harold Grinspoon reads a story to a youngster

Vromen, Executive Director of “Sifriyat Pijama” (Pajama Library), started the project in 2009 with 3,500 readers in Afula, Upper Nazareth, the Gilboa region and some Tali schools; today 240,000 children between the ages of 3 and 5 receive 8 books a year. Kindergarten teachers read each one to their pupils, discuss it, do art/theater projects based on the issues raised, and then send the book home as a present. Parents are given suggestions for further activities.

Israel is not the States, and the differences in the sister projects are themselves worthy of a book. First off are the practicalities: in America books are delivered to the door. Here post boxes are too small, and queuing at post offices could smash the joy out of any reading experience. So books are distributed through the school system, bringing teachers, with their added value, into the loop. But the differences between Diaspora and Homeland run deeper than supersized mail boxes and teacher input. In America young Jewish readers (and their parents) receive books on Jewish practice: what is Succot, when do we eat apples and honey, who were the heroes of Bible stories and what did they do? In Israel this is standard fare; babies in the womb get a surge of dried-fruit sucrose on Tu Bishat and overdose on Shavuot cheese cake. And go try teach some secular Israelis why they should bless the bread before they bite into it – parents and the press would be clamoring about religious coercion before you could say “Hamotsie lechem”.

In Israel, where kids from across the religious spectrum all read the same books, the emphasis is on finding appealing common denominators in our heritage. Books include stories that highlight the convergence of Jewish values with universal ones: visiting the sick, a cornerstone of Jewish tradition; and examining the difference between “loving peace” and “seeking peace”. Some books are specially written for the Pajama Library, sometimes existing books are republished in a paperback version for the project. Songs like “Anashim Tovim” (Good People) by Naomi Shemer are turned into colorful, educational stories for tiny tots – teaching them the value of being a good person in the middle of life’s pathways. Customs and traditions from across the spectrum of society are showcased in the stories; kids discover that in the Eastern tradition letters were dipped in honey and eaten when pupils began learning to read. “We hope that the fact that religious and secular youngsters, and those from the center and the periphery and from all walks of life, are all reading the same books will create a commonality,” explains Vromen.

Crossing cultural lines takes a bit of maneuvering; books praising Shabbat as a time to catch up on cleaning and cooking, for example, are not particularly suitable. Instead, the library took Ehud Manor’s song “Who Loves Shabbat” and opened the discussion about what makes Shabbat special to each family.

Not surprisingly, no Haredi kids are involved in the program; the participating schools are all under the supervision of the Ministry of Education, which gives operational support and partially funds the project together with the Harold Grinspoon Foundation and other philanthropic sources. (Grinspoon himself visits Israel twice a year, and thoroughly enjoys reading aloud to his young listeners.) Schools at the lower end of the socio-economic scale get all the books for free; richer municipalities pay 60 shekels per child for 8 books. A new program for Arab children opened almost two years ago with 80,000 preschoolers, highlighting values and issues relevant to Arab Israeli kids.

With the PJ library now up and running in the States, Canada, Australia, Mexico and the UK, (and soon to start operating in Russia), research is overwhelmingly pointing to an increase in celebration of Jewish events and more community identification among readers and their families. All of the feedback is positive, although some is unexpected. Immigrant parents have praised the program for enabling them to learn to read in Hebrew as they negotiate the books with their babies. And, astonishingly, in answer to “what have you learnt from the program?” one mother replied: “I learnt that my child likes to be read to.” Who would have guessed.